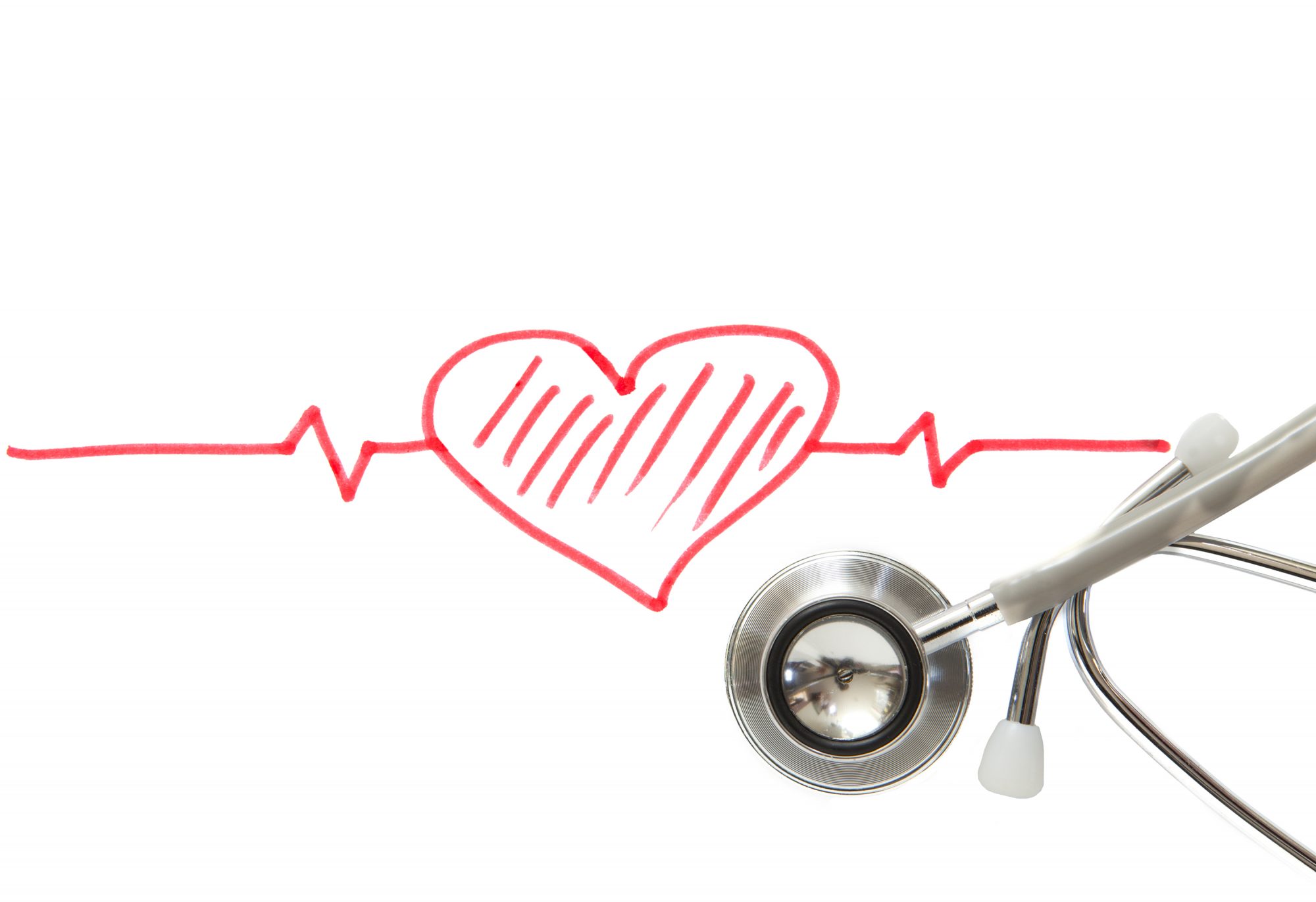 Caring is key to being a good nurse, going hand in hand with advocating for your patient’s needs. When it comes to caring for themselves, health professionals are notoriously bad, especially nurses. The working balance to maintain a healthy life is hard to maintain as human, especially if you are a nurse, or a business owner, or all three (which I happen to be). Even as I write this, I still question the legitimacy of the following story, not in the reality of the event, but in the noteworthiness of the complaint – which is where I believe the problem of self care for nurses is rooted (long story short: nurses make the worst patients).

Apprehension, uncertainty, waiting, expectation, fear of surprise, do a patient more harm than any exertion. Remember he is face to face with his enemy all the time. – Florence Nightingale

I found a lump in my right breast in December of 2016. My nurse’s knowledge taught me that women’s breast tissue texture can change with hormone fluxes related to menstrual cycles, can be the result of clogged ducts, or lymph node changes related to immunity issues. Despite the fact that I did monthly breast exams and never found anything before, I decided to wait, thinking this will go away after my next period. I decided to put it out of my mind and wait a month to see if things changed. Thus began my period of actively not thinking about thinking about my new potential health issue.

Women who have been treated and survived breast cancer are increasingly common, and definitely not uncommon to my nursing experience. According to BreastCancer.org, it is estimated that in 2017, 252,710 new cases of invasive breast cancer are expected to be diagnosed in women in the U.S., along with 63,410 new cases of non-invasive breast cancer. When working in the hospital, it was something briefly mentioned on women’s histories and, if in past histories, was hardly acknowledged by many patients that I saw. In home health it occasionally was not disclosed until a physical assessment and I discovered a complete lack of breasts (most often when listening for lung sounds). My experience with patients being treated for breast cancer also revealed their varied responses, with some patients being proud and telling me first thing that this is something that they are actively beating, or others telling me that this had been going on for years and they weren’t sure what to expect next.

So instead of getting checked immediately, I waited. The lump was soon accompanied by pain and when the pain did not go away after two months I decided it was time to see a doctor. As is the nature of the American healthcare system my healthcare had recently changed, so my previous physician no longer accepted my insurance. I had preferred providers that I wanted to see, but upon calling them I found out that they did not take my insurance so I began a larger search for someone who did. Eventually I had to cast aside any recommendations and preferences that I had, and extended my search to a living health professional that could just see me sometime soon (i.e. within the next 3-4 months). I finally found one who could see me one month later which was a relief after my two week search.

I was reassured when the nurse practitioner found what I did (not making me doubt my self-assessment skills), but not so happy when she found a little more. She wrote a referral for imaging, which again could not happen for another three weeks, and so I hunkered down again actively not thinking about this thing hanging out in my chest. Finally the day came when I would receive my first mammogram (I am pretty sure this marks a major life milestone). A series of three waiting rooms in a pink patient gown brought me to the big machine and the radiologist who would complete the first set of imaging. I appreciated that the radiologists were all very quiet and efficient, getting the scans done as quickly as possible. After my mammogram, I sat in yet another room to wait for my ultrasound and I thumbed through a very well used issue of Better Homes and Gardens from May 2016.

The three other women in the waiting room looked at my me curiously, as they were all at least twice my age, one even quietly saying, “I’m surprised to see someone as young as you here”. Other than that hushed comment, the waiting room was quiet as we all had the same thoughts on our minds, some being here for the first time, others present for follow-up, and some to see how they were responding to treatment. I was called to the final portion of my imaging and followed the fast walking radiologist down the hall. We made small talk about the weather and she quickly finished the ultrasound and then went to retrieve the doctor for analysis.

I sat in the darkened room looking at a calendar that had not been changed for the past month next to someone’s pictures of their children on the wall. I thought of how many women had sat in this room and gone through the same thing, wondering if they were going to become yet another statistic. I told myself not to be ridiculous, that the most likely outcome is that this grape-sized lump would be nothing, and reminded myself that the fear I was experiencing was in the not knowing. The radiologist returned and confirmed that yes, there were several somethings there, and a doctor came in to tell me that they needed to be biopsied.

So I returned to the same room, one week later, and sat again in the darkened room in my fancy patient’s gown with the opening at the front. A nurse came in to get me positioned on the table and the same doctor whom I met with the previous week came in to perform the biopsy. They both walked me through everything that would be done, from the samples needed right down to the sounds the tools would make when they were pinching off tissue inside my breast. True to their disclaimer, the local anesthetic hurt more than anything else, but was perfectly effective when they used a scalpel to cut a entry in my breast and inserted a (larger than expected!) hollow bore needle into the area of concern. A (very long!) spring loaded needle was inserted inside of the hollow bore, and tissue samples were snipped off, each one’s excision punctuated by what sounded like a powerful office stapler. Though not extremely comfortable with the pressure felt inside my chest, I was very interested to watch the whole process in real time as being guided on the ultrasound a foot from my face. Once all seven samples were collected, I was steri-stripped up and sent home with mini ice packs to apply to the now very-tender site.

Another three days later (where I again actively thought about not actively thinking about it), I received a call from the lab with a diagnosis of “Fibroadenoma, Probably Benign”. While this came as a great relief, it also made me aware that I had to better attend to my own health. Any changes in consistency, size, or feelings of pain could indicate that my tiny tumors have decided to turn against me, and must be treated accordingly and immediately.

To sum up, I waited and then got treated, to luckily have a non-emergent conclusion. But I have seen too many patients who waited and then it was too late. And perhaps it is these experiences with patients that makes nurses so bad at caring for themselves. A little information is good, but sometimes too much information can be deadly. We know the importance of waiting as sometimes issues and their symptoms just simply pass, but we also know the dangers of waiting – allowing something malevolent to grow quickly and consume tissues that were previously naïve to such an invasion. Working in home health, had it been a client of my own, I would have aggressively insisted that the client see their primary care provider immediately so that they can receive the exams to shape their next steps of action. I would have frequently checked in with them, ensuring that both they and their doctor were following up, to make sure they didn’t fall through the cracks of our complicated and sometimes time-consuming health care system.

Nurses need to be just as proactive with themselves as they are with their patients. We need to recognize our feelings of doubt and fear when they get in the way of treatment, just as we do with our patients. The compassionate care we provide to our community needs to extend to ourselves, because if we do not care for ourselves, how can we possibly begin to effectively care for others? 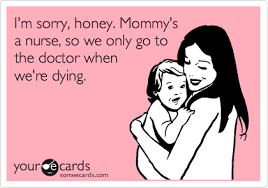 Nursing is a Work of Heart (ugh)