Nursing is a Work of Heart (ugh)

Nursing is A Work Of Heart (ugh) 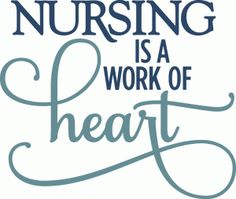 Nursing is a work of heart – ugh. I am not one for sickly sweet nursing adages, as my typically sarcastic personality usually appreciates the darker side of medical comedy. 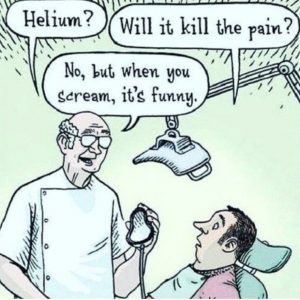 However terrible I feel that “nursing is a work of heart” is, it is true – nursing is both about empathy and evidence-based practice, making it an art form that is often hard to quantify its worth. Case in point, what a difference a good sense of smell can make in the medical field.

I had always thought that death and the process of dying smelled like a mixture of medical gloves, disposable bed pads, oxygen tubing, sticky liquid medications administered orally in small, delicate syringes, wet wipes, and sweat. Sweat from families, visiting in a time of duress and unsure of what to say, sweat from medical staff, working to keep the individual clean and comfortable, and sweat from the individual, occasionally in pain or short of breath, exhausted and weak.

No matter how often the room is aired, the linens changed, or how many bed baths occur, the odor will continue to permeate the room until after the individual has died. This most likely perceptually lingers beyond its actual presence, the smell acting as a fragrance of feeling, the scent of loss.

The Nose Knows It

This perception was confirmed when my family dog died several years ago. Shortly after we adopted him as a cute, squishy puppy from the local shelter, the vet told us that he had kidney disease, and would most likely not live for more than a couple of years.

Many years later, he still had puppy-like energy bursts, occasional spurts of mischief, and loved to run several miles every day. Eventually his kidneys could no longer sustain the needs of his lively body. Early one morning, he slowed down, stopped eating, and sought out a corner of the house. Recognizing this process and wanting to respect his 12 full years of treats and tail-wags, we held him and gave him gentle belly rubs. We quietly carried on our Sunday around him, not wanting to make him anxious with our anxiety. We took a leap of faith that he was comfortable, as he still nuzzled our hands under ear scratches, voicing no mewls of pain or whines of anxiety. The following morning, his breaths came fast and his fatigue turned to total exhaustion. He smelled like death. That musty, slightly sweet, sweat tinged odor of weariness for this world.

With no medical supplies present, no reverberating hum from a variety machines, he died a few short hours later, surrounded by those who so enjoyed his life.

As a nurse, smells are a funny thing. Many think that medicine is driven by what you observe with your eyes, hear with your ears, and record in lab values. However, we greatly rely on our sense of touch, to tell the integrity of a post-operative surgical wound, as well as our smell, to give us yet another indicator of health. A nurse can pick out types of infection from smell as in the sickly permeation of c. diff or in the musty presence of a yeast infection growing between folds of skin. As a home health nurse, I rely on my caregivers to alert me to potential issues, even if the description is that someone smells “funny” or “different”, or on the odd occasion, like inanimate objects, such as pennies or dirt.

While smell is subjective, everyone who works in the healthcare field knows that a nuanced difference in someone’s scent can indicate major health issues. So yes, as much as I hate to agree with the graphic that began this post, nursing is a work of heart, a mix of sense and science, and I am grateful every day that I am able to take part in it.

Thank you lovely e-readers, for sticking with me, 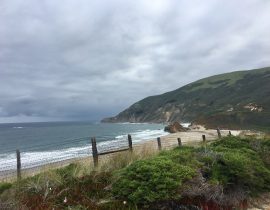